The Murciano-Granadina breed has its origins in the south of Spain in the regions of Granada and Murcia as a result from the crosses of the breeds Murciana and Granadina.

The Granadina goat is one the four populations of domesticated animals mentioned in the XV century agricultural books (Along with the Spanish Stalions, The Iberian pig, and the Merino breed).

The first genealogical flockbook dates back to 1960. In 1934 a group of farmers from Murcia región publish the book The Murciana Goat and the genealogical Book which describes the Murciana Breed trying to diferenciate this breed form the granadina breed.

The last references made to the 2 different origin breeds is in 1960 when the Spanish Department of Agriculture approves the geneological book of Murciana and Granadina independently.

In March 28, 1979, the department of agricultura units both breeds in a both breeds decree-law approving the selection squeme and the genealogical book of the breed Murciano-Granadina.

The purpose of Murciano- Granadina breed is mainly milk production but it is also very important for thew production of suckling kids.

The genetic improvemnt program is overseen by the Spamish department of Agriculture and there are several independent entities involved to ensure the independency, reliability and accuracy of the program. Those entities are:

In the genetic evaluation developed via Animal Model with Repeated Observations, a productive file consisting of 90,025 lactations completed and standardized at 210 days was used, and were recorded on 32,738 goats (average of 2.74 lactations per animal).

For the genetic evaluation of morphological characters in 2019, a Univariate Simple Animal Model was used through the use of the MTDFREML software package (Boldman et al., 1995). A total of 647,723 observations were used whose distribution among the different variables measured on a linear scale (1 to 9) was as follows: 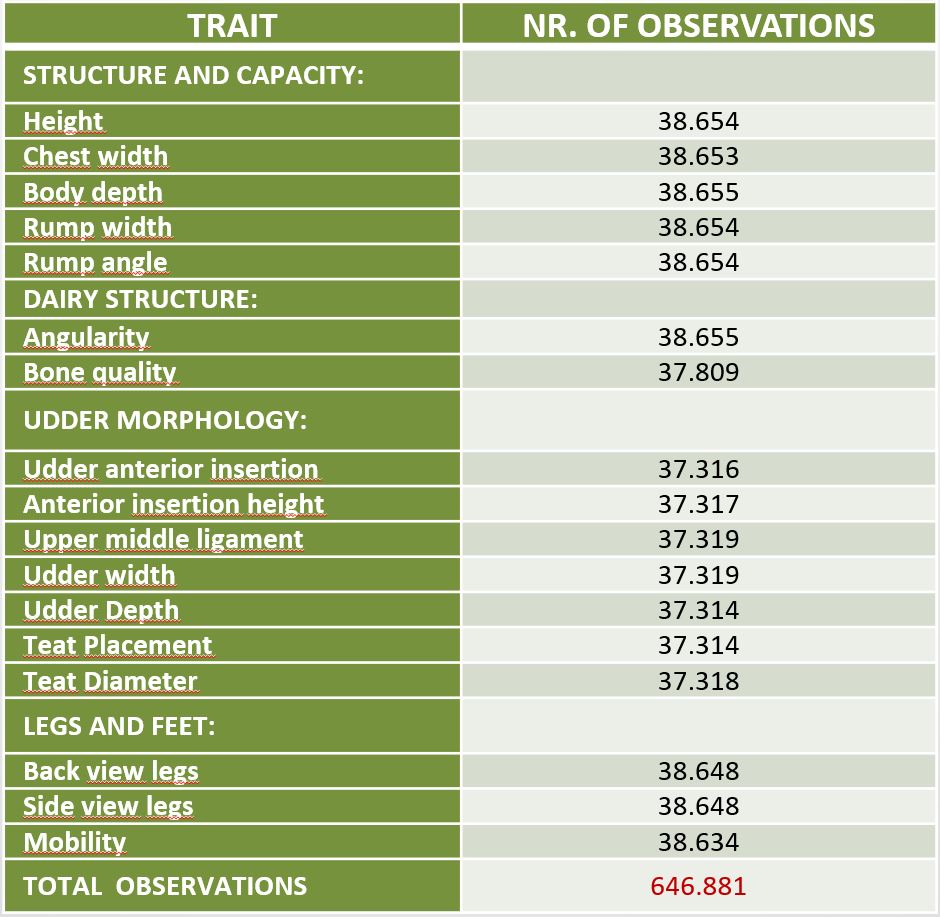